Is your Facebook due a friend clear out? We think yes!

Social media is great, ain’t it?! It’s the ultimate source of online distraction and boundless procrastination, a place to share your thoughts, opinions, dreams, desires and pictures of every single meal.

But – we’ll all admit - it also kinda sucks. In fact, there’s a growing trend among younger generations to reject social media outright. According to one study, two-thirds of people under 19 say they wouldn’t care if social media ceased to exist, and that it has a negative impact on their wellbeing.

There’s a lot of pressure on young people to be seen as being popular on social media, with the most common measures of popularity being the number of friends / followers you have, how many likes your posts get and even your photos and how you present ‘living your best life’.

But if you’re the kind of person who finds themselves with hundreds; if not thousands; of friends and connections on your social media feeds, there can be huge benefits to deleting them.

There’s loads of good reasons to cut the dead weight from your social media accounts, but here are some of the biggest ones:

It lets you focus on what; and who; really matters

Oh, look. The second-cousin of that girl who threw up on your shoes at that random flat party you went to once and who you’ve never held more than one conversation with in your life has got a job as a club PR and is posting about six-for-one jagerbombs on Thursday nights for the 15th time this week. Do you care?

If you’re gonna spend so much of your time on it, it might as well be with people who are actually important to us. The same goes for the masses of news sites, organisations, celebrities and meme accounts we all tend to follow.

We’ve all been there. You have those days where you open up Facebook, scroll down through your news feed and the sheer magnitude of rubbish posted on it makes you think God, why do I even have Facebook?

So, you close the app, throw your phone across the bed and resolve to take a social media sabbatical. Before retrieving it five minutes later and opening up Facebook again because you got bored.

Social media can be emotionally draining. But by cutting the number of your friends, followers and accounts which you in turn follow down to a necessary few you’ll find it much less overwhelming.

It’ll save you time

Going through and manually deleting potentially hundreds of friends and connections can be time consuming, but it’ll save you loads of free time in the long-run.

No longer will you log into your social media accounts to have to trawl through hundreds of notifications popping up at every minute of the day. Instead, you’ll be left with much more manageable feeds that take less of your time and energy to keep up to date with.

If you’re afraid of offending someone or any awkward conversations that can arise as a result of chopping down the number of people you follow on social media, it’s worthwhile remembering that you don’t actually have to delete them to reap the benefits of removing them from your life online.


All of these functions are intentionally discreet; nobody will get a notification that you’ve unfollowed or muted them. Some people might figure it out on their own eventually, but you’re on your own with that one!

Who To Delete And Why

Exactly who you remove from your social media sphere is ultimately your choice, but here’s some suggestions that might help to get you started:

Anyone who posts endless rubbish, spam or unwanted material

Maybe it’s people who continually complain or create unnecessary drama or put up inappropirate posts or who are too opinionated.Whatever it is, if it’s a major source of rubbish, general annoyance, useless posts, unsolicited opinions or spam, it’s probably time to bid goodbye to it.

Anything no longer related to where you are in life

But if you followed a student advice account back when you first started university and have since graduated, do you really need to see notifications telling you where to find cheap library books?

Maybe these accounts or friends might have been handy once, but if they’ve since become useless clutter, it’s time to get rid. That way, you’ll have more space and more time for the things that really matter to you. Who knows - it might make you even want to spend more time on social media! 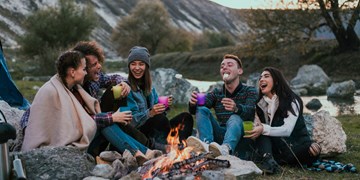 Lifestyle3 min read
Home / Knowledge Hub / Lifestyle / Is your Facebook due a friend clear out? We think yes!