How To Start Your Car Battery With Jump Leads

Getting a flat battery and ending up stranded in the middle of nowhere is a nightmare situation for any driver, but it's one that happens extremely often!

In fact, according to the RAC, dead batteries are actually the number one cause of call-outs and they're particularly common in winter as cold temperatures wreak havoc on your car's battery.

Luckily, it's relatively easy to get your car battery jump-started if you've got the right kit and know-how. Find out how to recharge your car battery like a total pro with our handy guide!

How Do I Know If My Car Battery Is Dead? 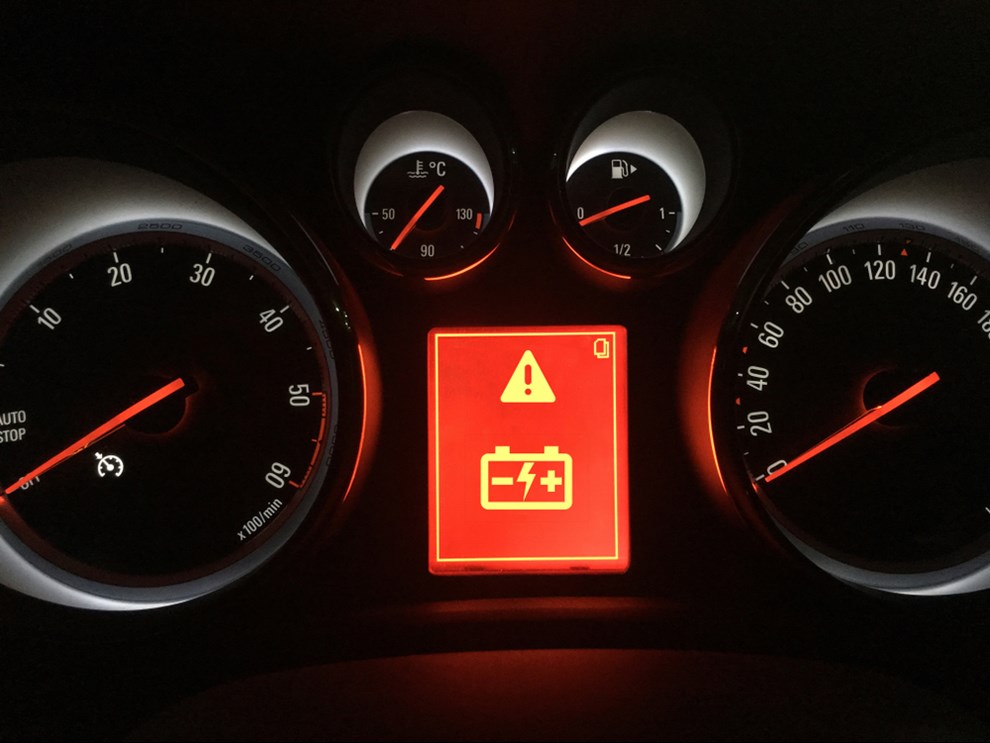 The most easily identifiable sign that your car battery is failing is that your car cranks but doesn't start. You'll know this is happening because you'll turn the key in the ignition and instead of the engine firing into life it'll splutter.

If your car battery is 100% stone-cold dead, you'll know easily as well. There'll be no 'rur-rur-rur' sound, in fact there'll be no nothing. It won't even have enough power to turn on the dashboard lights when you turn the key!

But never fear! Just like your iPhone, all you need to do is plug your battery into a charger!

What Do I Need To Jump-Start My Battery?

All you need is a pair of quality jump leads, which you can buy from a shop like Halfords for only a few quid. These are extremely handy and should be stored in your boot so they go everywhere with you. You never know when you might need them!

As well as that, you'll need another car as you're essentially going to be using that car's battery to boost your own. If you end up stranded we would always advise ringing a friend or a family member to come in their own car to assist you; you might be tempted to flag down a passing car but you know what they say about talking to strangers…

Just make sure that the other car's battery is the same voltage as yours. The vast, vast majority of batteries are 12V but avoid jump-starting your car with a hybrid or an electric car, as both these use much more powerful batteries that could damage your car.

Although 12V might not sound like much, there is a lot of electricity that goes through jump leads when you're starting a car and definitely enough to hurt you if you use them improperly. If you're not confident in what you're doing, always call someone with experience for help.

Check for damage around the battery area, if there's any obvious damage, cracks or leakages from the battery don't attempt to jump-start it. The same goes for the jump leads, if they're cracked, frayed or otherwise damaged, play it safe and don't use them.

Finally, remove any rings or metal jewellery that you're wearing and make sure nothing metal touches the terminals on the car battery. There's enough power in a car battery to melt a spanner so you don't want that going through your fingers!

How To Jump Start Your Car 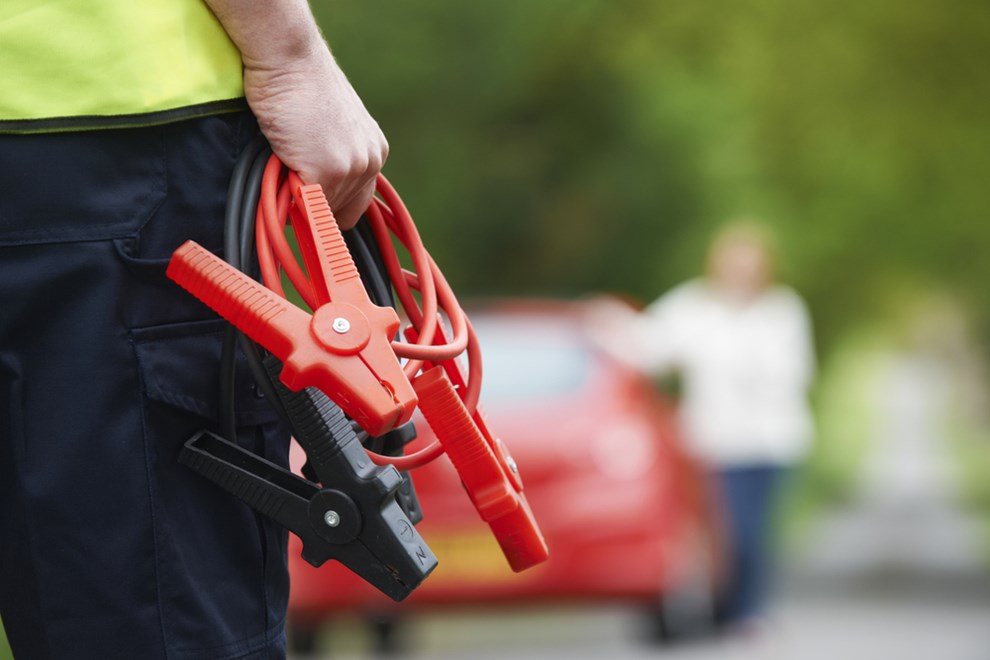 1: Before starting, turn off any electric systems or devices in the car with the dead battery. This includes lights, the radio and any internal sat-nav system.

2: Park the running car with the 'live' battery as close to your car as possible, without the vehicles touching.

3: Turn both cars off, remove the keys from the ignition and open their bonnets to access the batteries.

WARNING!!! - It's absolutely VITAL that you complete the next steps in the correct order or you risk harming both your car and yourself.

5: Attach the other end of the red jump lead to the positive terminal of the live battery.

6: Attach one end of the black jump lead to the negative terminal of the live battery.

7: Clip the other end of the black jump lead onto a piece of unpainted metal somewhere on your own car - NOT the negative terminal of your battery. This acts as an earth. You can use any piece of bare metal in the engine bay or on the engine itself, just make sure you're not clipping on to something plastic!

8: Start the engine of the car with the working battery and leave it to run for between 10-15 minutes depending on how flat your own battery is.

9: Now attempt to start your car as you normally would. If it works, leave both cars running for at least five minutes before you start to disconnect the leads. If it doesn't work after a few tries, you might have something more serious than battery problems which means it's time to call in professional help.

How To Remove Jump Leads

If you've got your car successfully working again, first of all stop to give yourself a pat on the back. You've just aced your first roadside repair!

1: Disconnect the end of the black jump lead that's connected to the unpainted metal surface in your engine bay.

2: Disconnect the other end of the black jump lead that's connected to the negative terminal of the other person's car.

3: Disconnect the end of the red jump lead that's connected to the positive terminal of the other person's car.

4: Finally, disconnect the end of the red jump lead from the positive terminal of your own battery.

And that's all there is to it! Well, almost anyway...

Once your car is running, you'll need to keep it going for a while in order to make sure your battery is fully charged so don't turn your engine off as you might have to do the whole thing all over again!

Luckily all you'll need is a 20-minute drive or so to make sure your battery is fully charged and won't run flat again.

How To Jump Start Your Car With A Portable Battery Charger

If you're extra-prepared, you might be the lucky owner of a portable battery charger which is essentially a giant battery pack that plugs into your car and can fill your battery with juice on the move.

The advantage of these over regular jump leads is that you don't need another car, you simply plug the portable charger in and can charge up your battery anywhere at any time.

Generally, it's a similar process to jump-starting with regular jump leads, but here's a couple of things to look out for:

1: Make sure the battery charger is on the right setting. Many offer adjustable voltages for cars, boats, scooters and quad bikes. You'll want the 12V setting to charge your car battery.

2: To use it, connect the red lead to the positive terminal on your battery and connect the black lead to a piece of unpainted metal in your engine bay.

Other than that, the process for jump-starting is essentially the same: wait for around 10 minutes and then give your car a try. If it works, disconnect the battery charger black lead first and you're good to go!

Just make sure you don't leave the charger on for too long or forget about it; as anyone who's accidentally left their phone on charge overnight will know, charging your battery too much can be just as bad for it as not charging it enough!

Read more: What To Do If You Accidentally Put Petrol In A Diesel Car 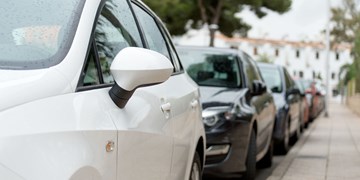 Overnight Parking - Why Does It Affect My Insurance?

When you begin to shop around for car insurance insurers will ask you lots of questions. Bear with them, they must ask you these questions to give you the most accurate and best quotation. 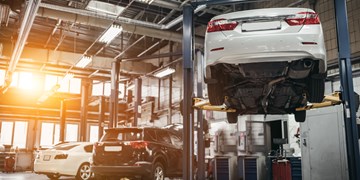 First MOT? Here's what you can expect.

Arriving for your first MOT can be a little nerve-racking but here is everything you can expect... 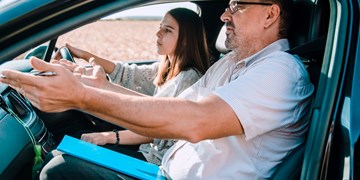 Many of us might not have passed our driving test first time, well you are not alone and your reason for failing may not be the only one either. Here are some crackers... 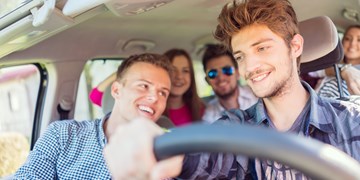 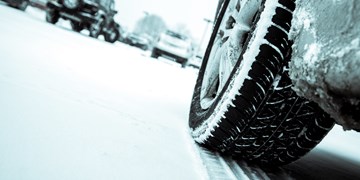 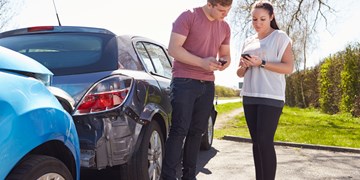 Everything you need to know should you find yourself having been involved in an accident. This guide helps remind you what you should do, who you should contact and what information to gather. 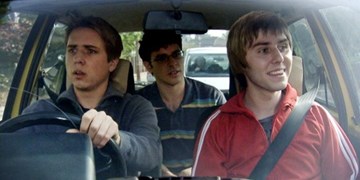 The ChilliDrive Guide To Buying Your First Car

A complete guide about how to buy your first car, the right way… 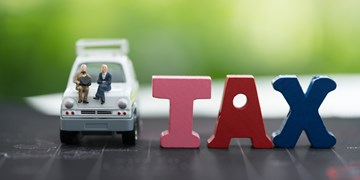 Guide to Taxing Your Car

Road tax or car tax, is something that we all have to pay if we want to drive our cars..